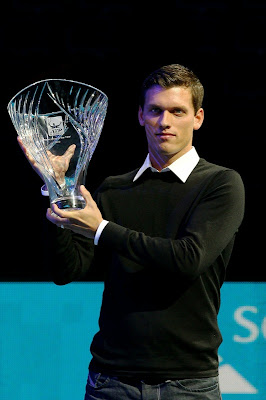 As Tommy Haas inches his way toward retirement, it's nice to see a handsome new German rising in the ranks. Tobias Kamke won the ATP Newcomer of the Year award this year -- presented last week during the ATP World Tour Finals in London. Given that he's already 24, I'm not sure what his long-term prospects actually are, but he is awfully nice to look at while it lasts! Incidentally, he won his second career challengers title this year by defeating rookie Ryan Harrison in the final. At 18, the equally handsome American's outlook might be more promising, even if he did blow a big opportunity at this year's U.S. Open. 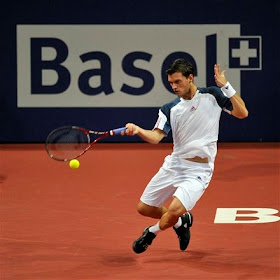