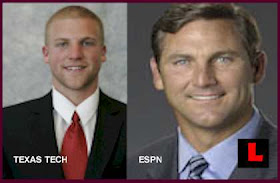 Sort of a bizarre story from the world of college football. Adam James, a sophomore back-up receiver for Texas Tech and the son of former NFL stud and current ESPN analyst Craig James, has accused coach Mike Leach of making him stand in a shed at the Texas Tech practice facility for two hours, and then repeating the punishment two days later because he felt he was faking a concussion that happened during practice on Dec. 16. The famously blunt Leach -- who once made a crack about his players' "little fat girlfriends" -- was suspended indefinitely Monday, which means he will miss Saturday's Alamo Bowl against Michigan State. Everyone is saying Leach and the elder James' reputations are on the line. Still, nothing that I've read so far sounds any different from what I endured on a daily basis in P.E. at Dobson High. 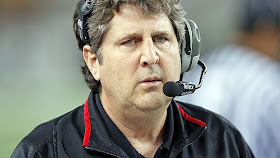