Well, I completely take back what I said about Tina Fey having the market cornered on lampooning Sarah "Caribou Barbie" Palin. Julie Brown, who you'll remember starred in three pretty funny videos as the Alaska governor earlier this month, has just released a new song called "The Ex-Beauty Queen's Got a Gun," and it's without a doubt the most hilarious take on the GOP vice-presidential nominee to date. (The song's even funnier than the "Homecoming Queen" original!) You can hear its debut on "The Stephanie Miller Show" above (complete with the studio members' reactions!) -- or buy the MP3 HERE. And you thought Dick Cheney was armed and dangerous ... 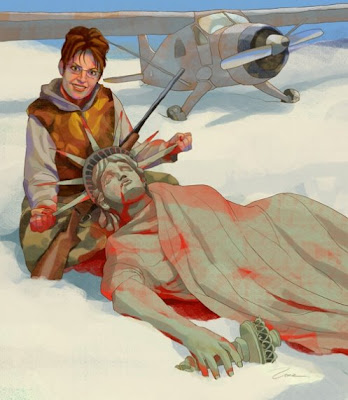