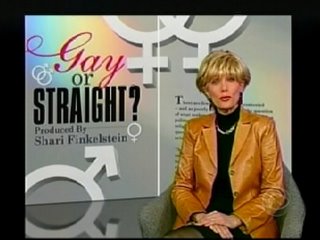 Did you catch Lesley Stahl's piece on "60 Minutes" about gay twins Sunday night? (Apparently it was a rerun, but I'd never seen it before.) There was already a heated discussion about it over on The Malcontent (you can watch the clip there if you haven't already seen it), but I, for one, was completely blown away by what I saw. 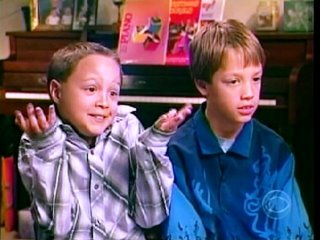 Stahl interviewed a family that includes Adam and Jared, 9-year-old twin boys, one of whom wears pink sparkle-star nail polish, is a fierce interior decorator, plays with Bratz dolls and is certain that he was meant to be a girl. (The other boy likes trucks and is totally boring.) According to their mother, stark differences between the two emerged as early as 18 months old. (Guess which one really wanted a Barbie?)

From there Stahl talked to some researchers who had gone through lots of old home movies of kids to see whether or not they tended to display gender-conforming traits when they were little, and then interviewed them today to see if there was a correlation between childhood behavior and adult sexuality. (I'll give you one guess how the butch little 2-year-old girl looking miserable in a party dress playing with a Tonka truck turned out!)

It's a fascinating -- albeit simple -- report on the subject of human sexuality, but it certainly is thought-provoking. If nothing else it made me question my defensiveness about people generalizing about gay people and whether or not there's anything wrong with being able to tell if someone is gay. (Are Europeans ashamed when an American can spot one of them? I'm not saying all Europeans are alike, but there's a certain sensibility I can spot.) Something tells me the gay community and certainly the gay lobby (numbers, real or estimated, of course equal power) wants to perpetuate this idea that 1 in 10 people are gay -- and that there are literally millions of people walking down the street who the Average Joe has no idea is gay. But is that really the case -- and is there really anything noble about it if it were? Sure, I don't think every gay man is a screaming queen and every lesbian is a big bulldyke, but have we gone too far out of our way to distance ourselves from what many of us are -- and have we done it out of shame that has been put on us throughout our lives? Did you ever wonder why so many of us are so quick to romantically dismiss someone as being "a big queen" and sit around wishing all gay guys were like Tyler Robuck, the hunky quarterback who had no idea he was gay until college, and then sit around longer wondering where all of the Tyler Robucks were?
My guess is that the gay community is probably much smaller than we've been led to believe, and that (yes) there is a small percentage of gay people who live secret, tortured "straight 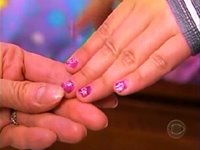 " lives who will never come out, and (yes) a small percentage who "pass" as straight. But for the most part, I'm beginning to think that gays and lesbians are relatively easy to spot anywhere you go -- and there's nothing wrong with that.

Watch the video and see how proud Adam is of who he is. It makes you wonder what the world might be like in 20 years if more parents raised their kids the way his parents are raising him.
Play the clip here.

Related: Gay for Play (see which toys I played with as a child. How I miss my Tuesday Taylor penthouse apartment ...)
Kenneth M. Walsh at 9:00 AM