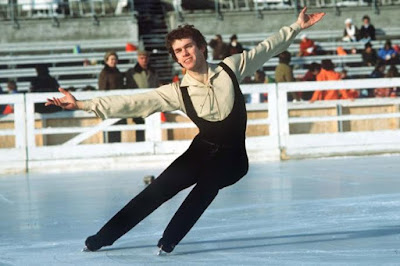 Damian and I stumbled upon a documentary called "The Ice King" the other night and were blown away. It's about John Curry, who some believe is the greatest ice skater of all time. Won't lie, I was not familiar with him at all, despite his winning the gold medal at the 1976 Olympics in Innsbruck alongside Dorothy Hamill -- I had her haircut, so ... -- and his being out(ed).
That I grew up with Dorothy, JoJo Starbuck and Peggy Fleming as household names makes me think that male figure skaters weren't as "big" as women back then, although nationality may have been the main reason. (Scott Hamilton is the first Olympic gold medalist whose name I knew, followed by Brian Boitano -- who people thought was my college boyfriend's twin!) 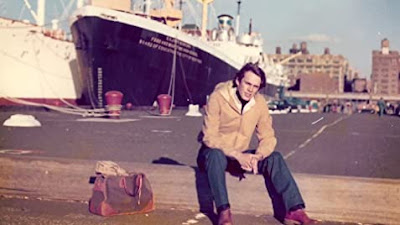 I don't want to give away too many details -- those of you who are familiar with the British skater's story already know what I'm getting at -- but it's no understatement to say Curry was truly a trailblazer on so many levels, both on and off the ice.
That I'd never even heard of him makes me sad -- and is a perfect example of why LGBTQ history in schools might be warranted. I'm not sure if Curry would make the syllabus or not, but surely some fun student would write a term paper about him and keep his story alive, as this documentary so brilliantly does.
"The Ice King" is the searing documentary of a lost cultural icon, a story of art, sport, sexuality and rebellion. 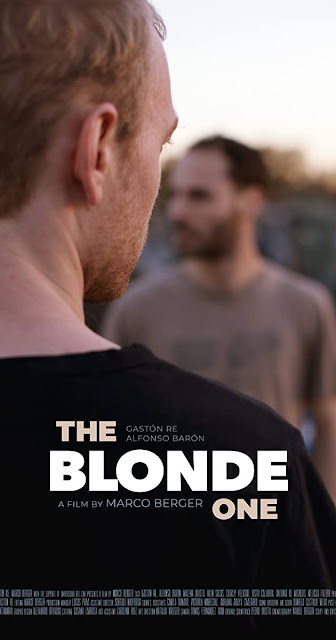 We watched it on the LGBTQ streaming service Dekkoo, where during our trial we also caught "Un Rubio." "The Blonde One," as it's called in English, is a little but intriguing Argentinian film about the relationship between two roommates, both of whom have had varying degrees of self-acceptance about their sexualites.
The one-two punch of these two fine films has me considering a paid subscription, although I'd be lying if I didn't admit they're all starting to add up. I see the service has its own series as well. Let me know if you are into any of Dekkoo's original offerings as I make my decision before my free 10 days is up!
P.S. I hear that "The Ice King" is also streaming on Tubi, can be rented on Prime Video HERE and purchased on DVD HERE.
Kenneth M. Walsh at 5:30 AM