'Face It,' Debbie Harry's Memoir Is an Uneven Ride for Top Fan 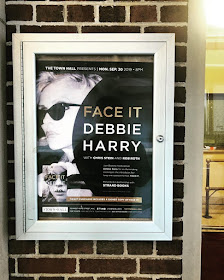 I just read my first review of Debbie Harry's memoir (out Tuesday), in the Washington Post, and I can already see the errors in them are going to be entertaining for Blondie fans. (Sibbie O'Sullivan's poorly framed write-up is mostly positive, but everybody knows acting in a Broadway play about wrestling doesn't make you a "professional wrestler"!) 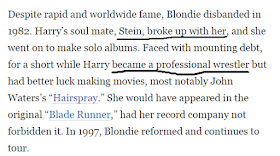 To be honest, I've been curious how others would react to the book by my all-time favorite performer because I'm still grappling with my feelings. I have largely resisted saying much as I didn't want to taint it for other fans by admitting that while I loved devouring it, I found myself surprisingly underwhelmed. I say this with some ambivalence, though. I finished it about a month ago and at the time I felt like I wasn't learning anything I didn't already know. Yet when I think back I realize there were quite a few revelations -- many of them horrifying -- mostly having to do with men in her life. (To say "One Way or Another" was inspired by a real-life stalker is the kindest understatement ever!) 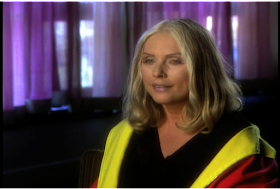 Debbie Harry goes "Behind the Music" in 1999

Maybe part of what disappointed me is that the writing wasn't especially compelling. No, not everyone is Patti Smith. But for someone who has such a way with words as song lyrics, there's got to be a better way to express humor and surprise than ending sentences with a "Ha!" I think fans all know Deb is a bit of an oddball -- that's part of her charm. But that doesn't necessarily translate well on paper. (Wait’ll you get to the chapter that’s entirely about thumbs.) And then part of me wonders if I'm simply too close to the subject to even be fair. 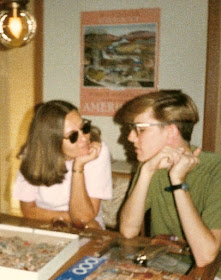 I remember watching Blondie's "VH1: Behind the Music" with my sister-in-law and her turning to my brother Bill and me and saying: Does she remind you of anyone? I played dumb, but I totally knew the answer she was looking for was our mom. 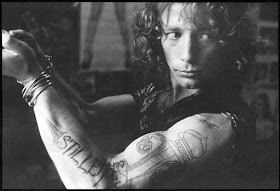 Before the book even came out, Debbie warned us that her memory isn't very good  -- blame it on the sex, drugs and rock 'n' roll! -- and it does show. She says she long resisted writing a memoir for this reason, which is probably why she comes across as a casual observer of her own colorful life. To me, it felt like someone sent her an outline of the major events of her life and she tried to add a line or two to flesh each one out -- only sometimes that was all she could come up with. (Then again, maybe there's nothing more to say about a phone-booth hookup with Eric Emerson than that he has a huge d**k.) This isn't really a slight -- some of us are better at remembering details than others -- but more of an explanation for the way the book reads. 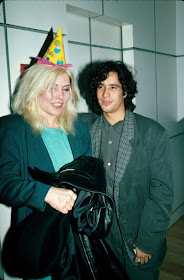 Some of what she wrote about is a bit of a head-scratcher. She included John Waters's quip that "Debbie blinked for two minutes while she was looking after Chris and Madonna stole her career," but that line hasn't gotten any more accurate 30 years later. She also works in a half-hearted dig that Seymour Stein only cared about Madonna when Deb was also on Sire Records. Then writes that "Debravation" (one of her flop solo albums) came out while Madonna was on her "Blond Ambition" tour, which had actually wrapped up three years before. (If she and Madonna really were vying for the same audience, 1993 surely would have been the perfect year for Debbie to swoop back in: Madonna’s career was on its shakiest ground ever then.) And she says that she was offered the Daryl Hannah role in "Blade Runner" -- I’d always read auditioned for -- but then says her record company "wouldn't let" her do it. (Was Louis B. Mayer running Chrysalis Records?) And as she claimed on "Behind the Music," she writes that she believes the reason her solo stuff wasn't successful is because the public was "confused" that it wasn't called Blondie and her labels didn't know how to market her as a solo act. 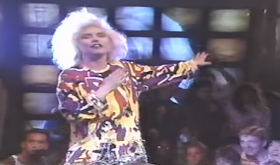 But the truth is Blondie had gone out of style by 1982 -- I remember buying “The Hunter” in ninth grade and no one else being into it -- ironically just as visuals (videos!) became paramount. And then "Solo Debbie" was "old" by pop-star standards -- showing up on "Club MTV" looking like a New Wave Phyllis Diller -- and a lot of her solo material simply wasn't anything particularly special. (I say this as her biggest but most realistic fan.) Perhaps what's confusing here is her lack of self-awareness. 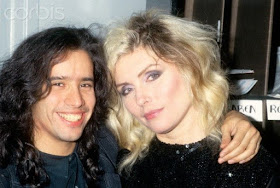 (Speaking of the Material Girl: One minor topic Deb doesn't address is working with Jellybean Benitez on 1985's "Feel the Spin." Rumor has it there was more to the recording sessions but some sort of falling out occurred -- anyone have the scoop?) 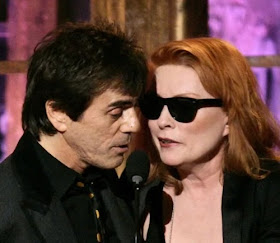 And while she mentioned the Rock &[sic] Roll Hall of Fame dust-up with Frank Infante, she glosses over the dismissal of founding keyboardist (and key songwriter) Jimmy Destri. (He penned "Maria" and the band never had another real hit after he left.) I"m told this may be because saying Destri was let go for drug use (he was) would put her in the uncomfortable position of having to admit that Chris was still a user too, at least during that time. 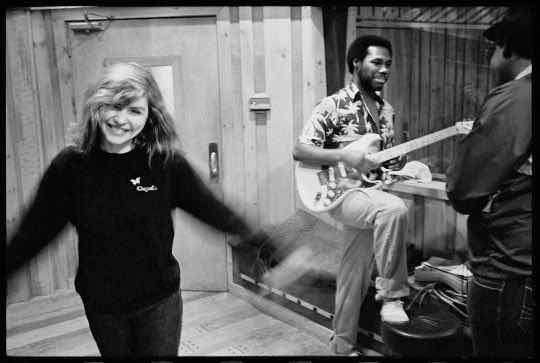 But despite the revisionist or just plain wrong history, I did enjoy reading the crazy story about her biological parents, and her attempts to reconnect with them. She’s got an all-too-familiar Phil Spector tale. And the stuff about what motivated Chris and her to make “Koo Koo” with Chic was fascinating, as was her brief Shelley Winters story from the set of “Heavy.” (I also mentioned earlier on my blog about her describing being overly sexualized from the time she was an infant, which was as eye-opening as it was harrowing.) 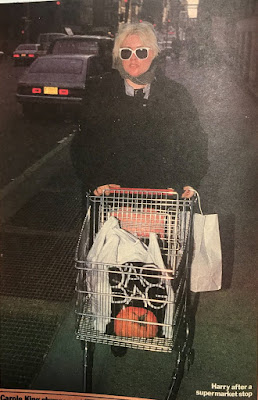 Still, for me the chapter about the dark years when Chris was sick, the band broke up and she "lost everything" was worth the price of admission. (Debbie and Chris ended their 13-year romance the same day something else very sad happened in the 212, about which I have also written.) Maybe the trauma is more seared in her brain, or maybe her editor coaxed more out of her because s/he knew it was pivotal. But that section felt like the rawest and most revealing, and is the part that made me so glad she wrote this memoir. 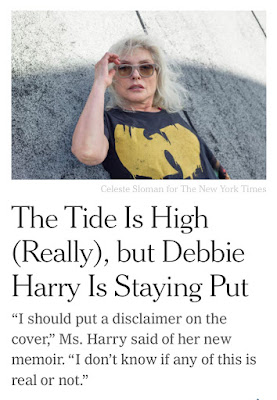 The NYT confirmed most of what I wrote in my review. It sounds like the book was culled from interviews where I'm sure the collaborator had to feed her information about her own life to pull stuff out of her. As I said, it's not a criticism. Not everyone is good at remembering details -- she was LIVING it. But let's just say it's a limiting factor. Still a worthwhile read for a fan.
Kenneth M. Walsh at 5:44 PM