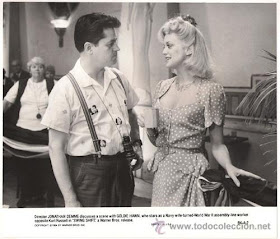 Fellow John Sayles actually referenced the battle over "Swing Shift" at the Quad on Sunday.


Sad to read about the passing of Jonathan Demme, one of the generation's most eclectic writers and directors. Although he's best known for "The Silence of the Lambs," for which he won an Academy Award, it was a pair of his earlier films that I will always love. The Goldie Hawn-Kurt Russell wartime romance "Swing Shift" was the first, which ironically Demme wanted his name removed from after Hawn demanded a more lighthearted re-cut to be done, which she got. (I'd love to see the bootleg Demme version.) But even better was "Something Wild," which certainly made up for the missing darkness in "Swing Shift," and ranks as one of my favorite films of the 1980s. RIP. 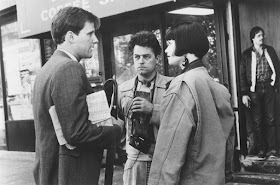