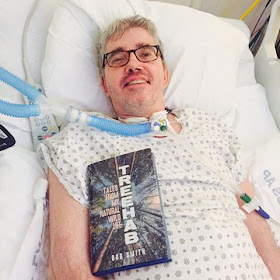 Some good news about writer/comedian Bob Smith -- whose brand of humor I fell in love with at the 2007 NLGJA conference -- shared via his writer/comedian pal Eddie Sarfaty:


So proud of my pal Bob Smith. His new book, entitled "Treehab," comes out in a few weeks. For 9 years, he's handled having ALS with dignity and humor, and he's refused to give in to the horrible illness, Bob wrote the entire book, typing with one finger on an iPad!!! He's been in the hospital for months but he's almost ready to be discharged, which means he'll definitely be out in time for the book's launch! 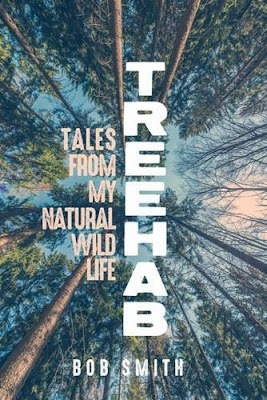 
In this bitingly funny and often surprising memoir, award-winning author and groundbreaking comedian Bob Smith offers a meditation on the vitality of the natural world—and an intimate portrait of his own darkly humorous and profoundly authentic response to a life-changing illness. In "Treehab"—named after a retreat cabin in rural Ontario—Smith muses how he has “always sought the path less traveled.” He rebuffs his diagnosis of ALS as only an unflappable stand-up comic could (“Lou Gehrig’s Disease? But I don’t even like baseball!”) and explores his complex, fulfilling experience of fatherhood, both before and after the onset of the disease. Stories of his writing and performing life—punctuated by hilariously cutting jokes that comedians tell only to each other—are interspersed with tales of Smith’s enduring relationship with nature: boyhood sojourns in the woods of upstate New York and adult explorations of the remote Alaskan wilderness; snakes and turtles, rocks and minerals; open sky and forest canopy; God and friendship—all recurring touchstones that inspire him to fight for his survival and for the future of his two children. Aiming his potent, unflinching wit at global warming, equal rights, sex, dogs, Thoreau, and more, Smith demonstrates here the inimitable insight that has made him a beloved voice of a generation. He reminds us that life is perplexing, beautiful, strange, and entirely worth celebrating.