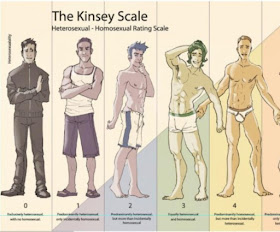 Apparently Bisexual Visibility Week came and went again without so much as a threeway. Just what are we to make of those people?


It’s a common enough story that we’re all familiar with the beats: You hook up with a guy who tells you he’s bi and after a few weeks of “dating,” when you try to take things to the next level, he breaks it to you that he doesn’t see a relationship with another man for himself. The immediate assumption is that you’ve been led on and that this self-proclaimed bisexual is probably just a gay guy too chicken s–t to own up to being gay. That incorrect assumption, I argued, is where a lot of the hostility from within the gay and lesbian community toward bisexual people actually comes from. While same-sex sexual encounters may come naturally for some men, romantic interactions between those same men and other guys may not be nearly as instinctive.