Virginia Killer Whined About Lack of Sex and His Escort Days 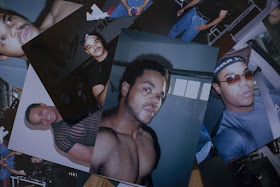 Narcissist doesn't even begin to explain this vile excuse of a man.


Vester Lee Flanagan lamented shortly before gunning down two journalists on live TV that his glory days as a $2,000-a-night male escort were behind him, stunning new documents reveal. The typed and handwritten letters, as well as photographs, driver’s licenses and student IDs, were shown to the Daily News by one of Flanagan’s close friends, Robert Avent, who says he spoke to the calm and collected killer moments before he committed suicide as cops closed in on him last Wednesday. The notes provide a new window into the megalomaniacal madman’s mental state as he made the decision to exact revenge for an unsuccessful career filled with perceived racial slights. In the stream-of-consciousness-style letters Flanagan, 41, is alternately cheery, reflective, apologetic for any hurt he caused Avent and eager to reveal the “raw truth” that racist gunman Dylann Roof’s massacre of nine black churchgoers inspired his own decision to kill. “I do NOT wanna get old ... HELL NO!!!” Flanagan wrote. “Please keep working out player ... when the heads stop turning, it’s AWFUL!!!” Flanagan, apparently obsessed about his fading looks, recalled his life as a sex worker.“I totally CANNOT score right now ...,” Flanagan wrote. “And this is from a man who used to be paid hundreds an HOUR to sleep with men...one was a hot YOUNG guy in SF...he once asked, ‘Can I f--- you?’ He offered to give me $1,000...I playfully said, ‘No.’ Well, he gave me 2k.” But Flanagan’s creepy confessional to his friend and former roommate in Vallejo, Calif., was far from over. As he fled a manhunt around 7 a.m. Wednesday following the rampage near Roanoke, Va., he texted Avent. “Please do not respond to this text,” the perplexing message said, according to Avent, who said he didn’t see it until he woke up. Flanagan admitted he did something “very bad,” but didn’t say what, Avent said. “I’m sorry,” Flanagan wrote, according to Avent. “I had no other choice.”