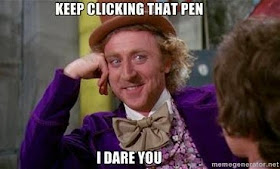 Another New York Times piece on misophonia, the sound disorder I chronicle my battle with in my memoir, "Wasn't Tomorrow Wonderful?"


For me, one of the most frustrating aspects of misophonia is what I call the “incredulity factor.” For years, I could not believe that my friends and relatives were not getting as upset at what I considered rude behaviors. They were getting frustrated with me for focusing on sounds they did not really hear.

One of the advantages of defining misophonia is that it reminds those with the condition that only a small percentage of the population — no one knows the exact number — is affected. As one commentator wrote online, “I had to learn this is MY problem, not the problem of other people.”

As nice as it is to not feel so alone, truth be told there would be no need to call it anything if some people weren't so incredibly rude.