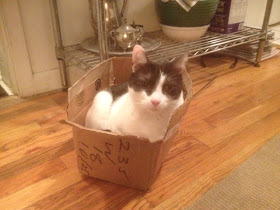 Just received my box of goodies from author Robert Rodi, whose new novel, "Baby," I supported via Kickstarter. (Signed copies of his classic "Fag Hag" and "The Sugarman Bootlets" accompanied the new arrival.) Although I haven't had a chance to start "Baby" -- about a gay man who moves in with his sister after his business fails, then begins to realize the true horror of his life after she gives birth to "a screaming lump of raw greed" -- it sounds perfect for the season. But it's Larry who seems happiest about my small investment in Mr. Rodi's writing endeavors ... 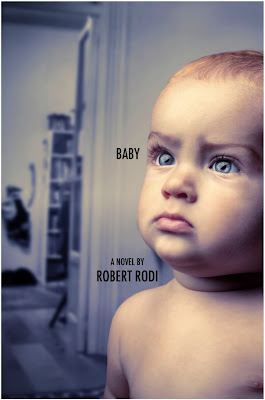