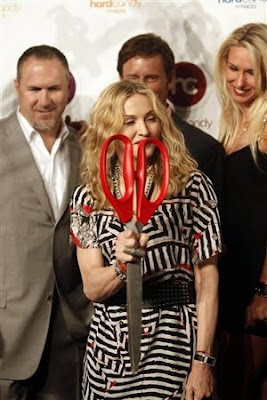 Madonna cut the ribbon yesterday in Mexico City for her new chain of fitness centers, Hard Candy Fitness. What I find most bizarre about this ill-conceived and horribly named venture is that I've never once in all the years she's been famous heard someone say they thought she had a "good" body. When she looked normal, everyone liked to point out her baby fat. Then she moved to Los Angeles and became a creepily thin superstar who would rather be shot than have an ounce of body fat and she's been railed on for that ever since. Something tells me the gym would have been more aptly called CAUSE + EFFECT. 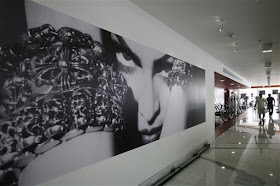 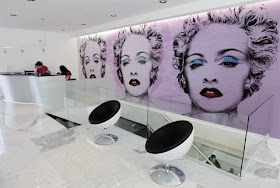