When It's Time to Change 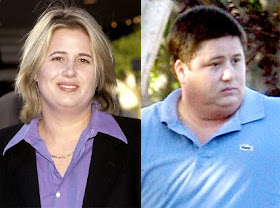 It's nearly time for the OUT 100, the gay magazine's annual list of the 100 LBGT people they could think of most influential people affecting the LGBT population. So far we know that Chaz Bono has been selected, named "Most Likely to Reinvent." While the nod would have made a lot more sense, say, five years ago (it certainly seems likely to me), I'm all for recognizing Chaz, who has handled his high-profile transitioning with dignity and grace.

"I always felt like the male from the time I was a child. There wasn't much feminine about me," Chaz told "Entertainment Tonight." "I believe that gender is something between your ears, not between your legs. That is something I discovered in the early '90s. It was just a long process of being comfortable enough to do something about it."

But it was turning the big 4-0 that spurred Cher's little girl into action.

"I was turning 40 and I thought it's now or never. I want to still feel vibrant and be able to enjoy my life in a male body and not wait until I am an old man." 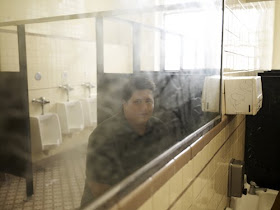 Aaron Hicklin, Out's editor in chief, had this to say about the pick/pic: "He's the first of 100 people we shot, our annual roll call of honor, which this year was photographed entirely by Jason Bell, and themed around school given that adolescence is the time when most of us start coming to terms with our sexuality and who we are. Given that Chaz is transitioning, we felt shooting him in a boys bathroom was a powerful representation of his real identity, albeit with a touch of humor. Chaz was obviously up for the concept, too."
Kenneth M. Walsh at 3:01 AM