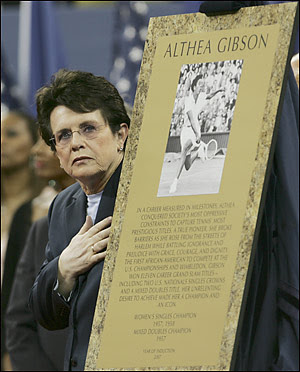 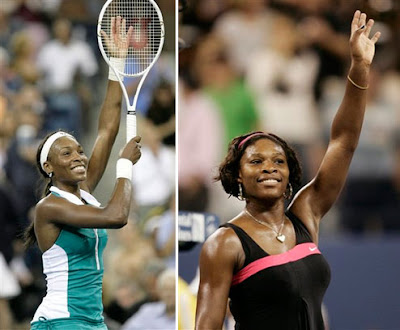 With the exception of Andre Agassi in his heyday, no one brings out the celebrity crowds more than the Williams sisters -- or Althea Gibson. It was 50 years ago Saturday that Gibson became the first black player, male or female, to win the U.S. National Championships -- the precursor to the U.S. Open -- and an all-star crowd turned out last night at the Billie Jean King National Tennis Center at Arthur Ashe Court to remember the late Gibson's contribution to the game. Fittingly Venus and Serena both won their first-round matches after the festivities in Queens on a night when tennis paid a long overdue tribute to the great Althea Gibson.
Aretha Franklin brought her big voice -- and even bigger wig -- to the stadium, only to be outdone by the Williams gals' mom, Oracene Price. (Is it any wonder Venus and Serena walk around with those ridiculously cheap-looking weaves when their mother goes out in public wearing a Dyan Cannon wig?)

Janet Jackson was her usual serious self, below, while Jackie Joyner-Kersee and Carol Moseley Braun were all teeth during the opening ceremonies. 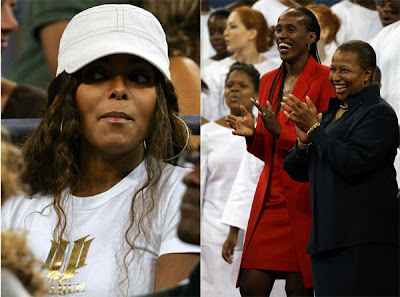 The legendary Gladys Knight, below, used her smile to light up the whole stadium ... 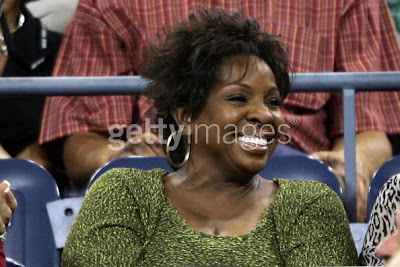 And Star Jones pulled Big Gay Al Reynolds out of the Chelsea bars just long enough to watch a few sets, below. 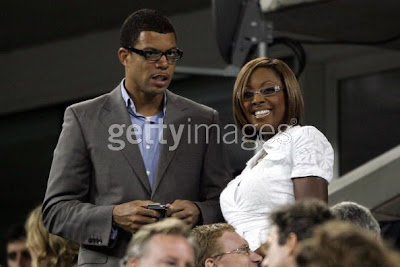 And speaking of legends: was it divas night in Flushing last night? There's Roberta Flack alongside Zina Garrison, below ... and Anna Wintour, looking exactly like herself ... 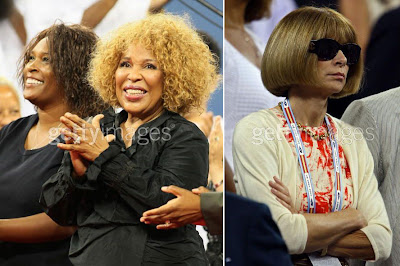 It came from the '80s: "Cosby Show" mom Phylicia Rashad and Christie Brinkley, below. 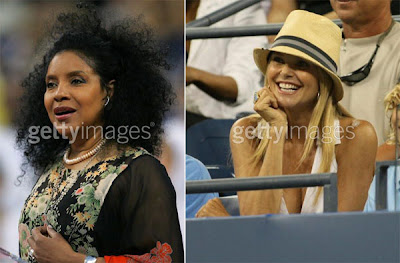 Rain, it's not a good thing: Martha Stewart takes cover. 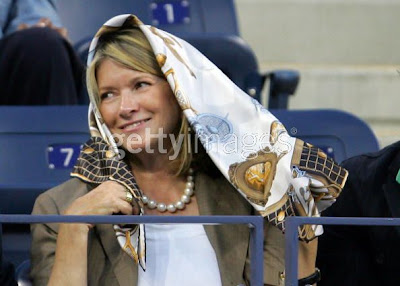