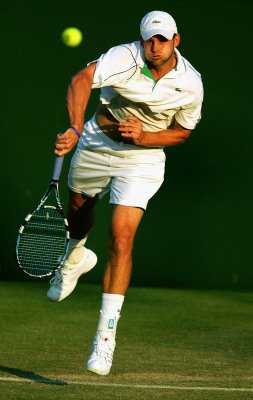 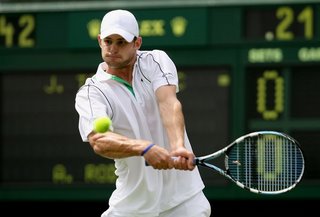 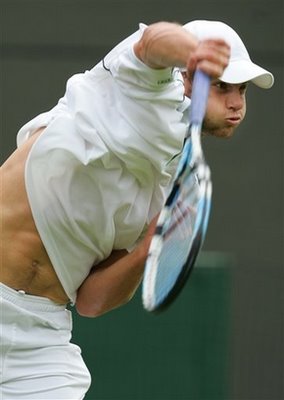 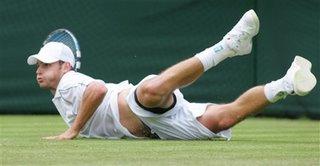 Much to my surprise, Andy Roddick actually won his first-round match at Wimbledon yesterday, but we all know how successful his partnership with his big brother turned coach, John, has been. Now comes (the rather intriguing) word that Andy has been in contact with someone else who knows a thing or two about tennis, Jimmy Connors.

"We've talked on the phone a couple of times," Roddick told reporters at Wimbledon after his hard-earned first round victory over Janko Tipsarevic. "Nothing's going to happen here but we're both intrigued by the prospect of working together. We've bounced the idea off of each other. It's positive. But there are a lot of details that go into it."

When Paul Gilbert started coaching Roddick the first thing he told him was to lose the visor. Something tells me that the first thing Jimmy Connors will do is tell Andy to grow some bangs ...