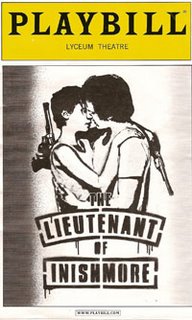 Last night Michael and I saw "The Lieutenant of Inishmore" on Broadway at the Lyceum Theatre. Without giving too much away, I have to tell you that it's unlike any production of any kind I've ever seen before. Written by acclaimed Irish playwright Martin McDonagh, it's the story of a ruthless Irish Liberation Army enforcer who goes ballistic when he finds out his best friend in the world -- his black cat named Wee Thomas -- has been hurt (I wonder how I related to this character!). 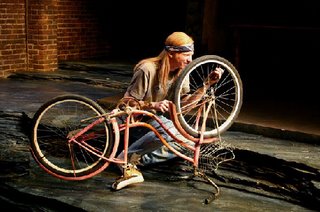 The play is extremely violent and bloody, but all the while handled with a wickedly funny sensibility that is decidedly Irish. And what a cast! Five Tony nominations, including three actors, best play and best director. 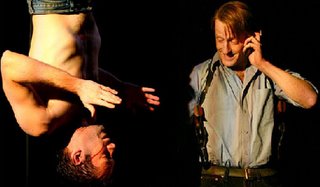 This show is not for everyone, but if you're feeling adventurous and are in the mood for some sharp tongues and a few equally sharp knives, you won't want to miss it. 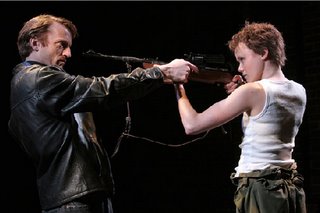 (Thanks to Susanne for taking great care of us!)
Kenneth M. Walsh at 8:41 AM