A Chat With Billy Mernit, Who Saw Clouds in Carly Simon's Coffee 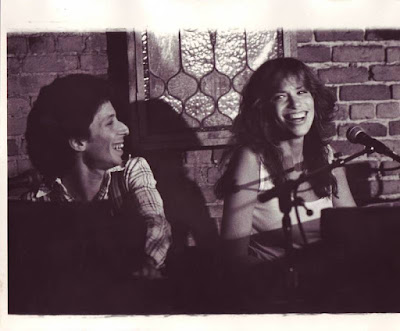 Earlier this morning, my Song of the Day featured a brief Q&A with Billy Mernit, an acclaimed writer and musician whose compositions have been recorded by Carly Simon, Judy Collins and Cindy Bullens, among others. One thing led to another -- having provided the magical "Clouds in my coffee" line for "You're So Vain," he's his own version of "20 Feet From Stardom" -- and we wound up discussing a lot more than "When You Close Your Eyes," including book writing, Woody Allen movies, the 1980 cult classic "Times Square" and more. Read my full interview HERE.

KIT212: You're a real Renaissance man -- you've written songs, books, television, screenplays, taught at UCLA, gave Diane Keaton vocal lessons, had your cereal spilled by Stephen Sondheim and even managed to piss off John Prine -- but never became a household name. On your blog, you call yourself Periphery Man -- "who has had myriad peculiar encounters with celebrities while not being one himself." I first noticed your name in the credits of a Carly Simon album. Tell me how you ended up working with her.
Billy Mernit: I met Carly when I was all of 16, at a drama-and-arts summer camp in the Berkshires called Indian Hill. She’d been a guitar teacher/counselor there the summer before, and as it happened, I fell in with some friends she’d been friendly with, so when she came back to visit for a week, we met and really hit it off. Carly was moving on from being in the Simon Sisters duo and was writing her own songs, and I was a fledgling singer-songster too, albeit younger and far less experienced. We shared the same excited passion about writing songs; we were sort of becoming who we were. We even formed a pick-up band and played a gig there before she left, which was a blast -- and became fast friends.
KIT212: And what about Judy Collins, who recorded a song of yours for her 1976' album, "Bread and Roses"?
BT: [W]e were on the same label, Elektra, and their A&R woman -- the legendary Ann Purtill, who had signed Harry Chapin, the Aztec Two-Step, and me -- was a fan of my album. Ann passed it on to Judy, who homed in on the title song, “Special Delivery,” and decided to cover it. I felt honored. That voice!
KIT212: Carly stated on her website that "Reunions" (from her eponymous debut LP) was mom Andrea Simon's favorite song of hers. How did this make you feel?
BM: It makes me feel wonderful, surprised, and a little sad, too, in that I was always intimidated by Carly’s mom, and never really got to know her well -- my loss. So I’m flattered that “Reunions” spoke to her. There must’ve been some personal connection. It was a personal song for Carly and me, because it reflected something we’d both experienced -- having drifted apart from a few Indian Hill people, for example, we’d been so close with earlier on. Mostly her song, to be honest, but still -- it’s startling to me that out of Carly’s entire amazing catalogue, “Reunions” would be the one for Andrea. 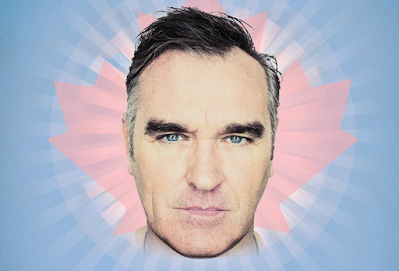 KIT212: In 2019, Morrissey recorded an album of covers that included "When You Close Your Eyes," a song you wrote with Carly that appeared on her biggest studio album, "No Secrets." What do you remember about writing that song?
BM: Carly and I used to like to sit at the piano and play four-handed, especially when we were writing together; you can hear us doing this on the track “Love Out in the Street” on the “Playing Possum” album. She had an entire first verse and chorus of “When You Close Your Eyes” written and we were working on additional lyrics for it. Really what the song lacked was a bridge. We played the chorus, and Carly said, “What we need here is a big surprise,” so I just banged my hands down on a different chord, and sang “Big surprise!...” and we both cracked up -- but it worked! That is exactly how the bridge begins on the record, and you can imagine how tickled I was to hear Richard Perry’s big string section come in there.
KIT212: When did you first learn of the Smiths singer's version and what did you think of it?
BM: I was completely blindsided. I only found out about it when someone who’d done an “unofficial video” for the track sent it to me. I think it’s great; the tune really fits the crooner side of his voice, and the production’s sweet. What makes me laugh is that back in the day, some punk and New Wave musicians derided me for working with Carly, so the idea that “the Smiths’ lead singer” would cover our song is pretty hysterical. I guess if you live long enough…

KIT212: You and I share a love of old Woody Allen films. (ED: Billy's Romantic Comedy Classics #1-3: The Woody Allen Trifecta is worth a read.) In 2008 you wrote a novel called "Imagine Me and You," the premise of which reminded me a little of "The Purple Rose of Cairo." ("A writer's imagination gets the better of him when the lover he invents becomes real... and refuses to disappear.") Was it inspired by that delightful movie?
BM: Speaking of “live long enough” -- nowadays any association with pariah Woody Allen will get you ridden out of town on a rail. This aside, my novel wasn’t inspired by “Purple Rose,” but by my real life and my own bent for so-called magic realism. I was in the throes of a truly painful breakup, and a friend pitched me the idea of getting my lost love back by making her jealous. I said, “I can’t even imagine seeing another woman,” and the friend said, “You could make someone up.” I got a rueful chuckle out of that -- and the idea for “Imagine Me and You.”
KIT212: Although it didn't turn out to be the new wave "Saturday Night Fever" as Bob Stigwood hoped, I loved "Times Square" as a kid. I believe you contributed two songs to the soundtrack ("Damn Dog," "Your Daughter Is One") -- and I'm pretty sure that was you playing keyboards for Aggie Doon (aka Robin Johnson) and the Blondelles. Carly's friend and sometime lyricist Jacob Brackman wrote the screenplay -- did that have anything to do with your getting involved? What are your memories of making that film -- and could "Your Daughter Is One" with its racist epithets be recorded today?
BM: Man, you have really done your research! So in your spirit of citing the historical record, however obscure, I’ll mention my co-writer on “Daughter,” the late great Norman Ross, a fantastic guitarist and human being. And that’s an intriguing question, about the lyric; you definitely could not do it today (and I support that position), but it must be said that Jake’s lyric goes “[Racial smear, racial smear, racial smear] – your daughter is one!” It’s very clearly saying, “These epithets, including the n-word, that you’ve been throwing around, well, your daughter’s with them now, asshole, so how about check your privilege and stop being a racist?”
I got pulled into “Times Square” initially because Jacob and I had written songs together in the past, and he was kind of stuck on “Dog” (there’d been an earlier version co-written with James Taylor that never got finished). And the film’s director, Alan Moyle, hired me to do a little prep work with Robin, who’d never played guitar or performed rock ’n’ roll before. Then Alan said, “Hey, why don’t you play in her band?” and so I became a Blondell (on keyboards in one scene, and guitar in the rest).

My most memorable experience was the night we filmed the climax, in which Robin, me and the Blondells, and co-star Trini Alvarado were performing on top of two 42nd Street movie theater marquees on that then-notorious block between 7th Avenue and Eighth; this was in the era when Times Square was truly a hotbed of criminality. And below us was this little sea of “Aggie fans” – young female extras dressed in garbage bags, literally, and Robin’s punk black mascara raccoon-eyes makeup. Suddenly, just as we were about to do a take, three police cars, lights blazing and sirens blaring, came barreling down 42nd Street, scattering all these screaming girls in their path – because someone had just gotten shot in a bodega heist at the far end of the block. Short break… and then we filmed our scene. Those were the days, indeed. 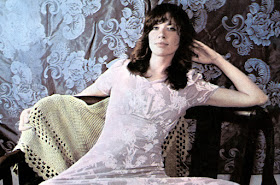 KIT212: When was the last time you were in touch with Carly?
BM: These days Carly and I primarily have an email relationship; she’s on the Vineyard and I’m out here in L.A. and obviously there hasn’t been much traveling of late, but we were in touch a few weeks ago.
KIT212: There was talk of an outtake from her first album -- a song you wrote called “You’re Great When You Get Drunk, Honey” -- finally seeing the light of day. What can you tell me about the track? I love your version on YouTube -- did Carly ever recorded it, even as a demo, and will we ever hear it?
BM: “You’re Great When You Get Drunk, Honey” (aka “Backdoor Porchstep Blues”) was one of the first songs I wrote for my solo album, and that track’s the one you can hear on YouTube. Carly did record it for her debut album, yet it didn’t make the cut -- her vocal is great and wonderfully wild, but it is a kind of raucous number that’s not entirely in keeping with the more sophisticated vibe of “Carly Simon.” When the 50th anniversary of that first LP was coming up, Carly got excited about the notion of releasing it online, i.e. for free, but her management thought otherwise; maybe if there’s an anniversary re-release, it’ll finally get out there. Stranger things have happened. 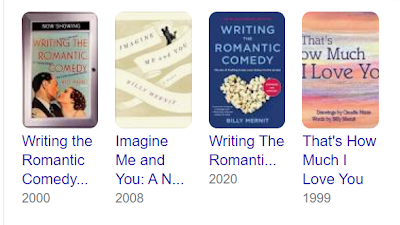 KIT212: What's next for Billy Mernit?
BM: This past year, Harper Collins released the 20th Anniversary edition of my textbook “Writing the Romantic Comedy” -- still considered The Book on that genre (i.e. ‘cause it’s one of the only ones?), and now full of new material and updates, etc. Meanwhile I’m in the midst of rewrites on my second novel. It’s been over a decade since the first one was published, but my fulltime job as a story analyst at Universal slowed me down, and life got in the way. Still, the draft’s getting better every day, so if the creek don’t rise, as they say… Hopefully it’ll be out there before I’m like, old (insert wink emoticon here).
Thank you for indulging me in these reminiscences, Kenneth; I treasure my time with Carly, so it’s been great fun to think and talk about all this.
EDITOR'S NOTE: Check out Billy's addictive blog, Living the Romantic Comedy, HERE.
Kenneth M. Walsh at 5:35 AM